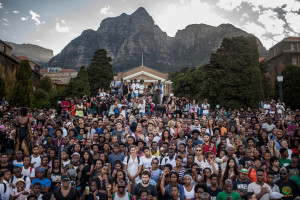 With bold confidence, Sipho Mpongo, born in 1993, a year before apartheid ended, declares himself part of “the new age of South Africa.” His parents, like many of their generation, fought for freedom. And though he came of age in a nation claiming to be democratic, he knows better than anyone that moving past decades of state-sanctioned segregation takes time.

And so starts the article on Sipho’s work in the New York Times Lens: Photography, Video and Visual Journalism Supplement published on July 14th 2014. Read the full article here.

Sipho has just completed a six-week Magnum Photos photography and human rights fellowship at the New York University and is fast becoming one of South Africa’s best known young photographers. We are delighted to see Sipho’s work gain recognition and prominence in the photo-journalism field both at home and globally, and looking forward to more.

← The Heart of Langa
The Aspiring Teachers Summit 2015 →