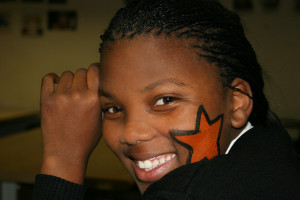 ELMA’s Challenge to LEAP Sciences and Math Schools: A Case Study on the Effective Use of a “Challenge Grant” in a South African Context

In 2013, the ELMA Foundation awarded LEAP Science and Maths School (LEAP) a “Challenge Grant” to encourage significant funding from South African corporates, high net-worth individuals, trusts, and foundations,  by agreeing to match certain eligible donations on a one-to-one basis up to a total of R10million (~USD1million). LEAP successfully raised R10million nine months ahead of the end of the challenge period (initially 30 June 2015). Based on this success, the ELMA Foundation recently approved an extension of the challenge period through to 31 December 2015, and an increase in the total challenge amount to R15million. As of March 2015, LEAP has raised R13.4million in eligible donations from South African individuals and entities, and there is a high likelihood the expanded challenge target will be met.  Therefore, as a result of the “ELMA challenge,” LEAP will have a total of R30million (~USD3million) to be allocated to its transformative model of improving learning outcomes for thousands of South African youth from low-income communities.

The Challenge Grant Thesis: The challenge grant was designed to incentivize new and/or larger donations from South African individuals and entities. LEAP is a South African organization serving South African learners and innovating within the South African education system. Thus ELMA and LEAP jointly agreed that LEAP’s sustainability must be financed by more and larger South African sources of revenue. The eligibility criteria was set to create a “stretch” for LEAP’s fundraising team and for the donors they are targeting, and to disrupt the commonly held view that South African corporates, trusts, and high net worth individuals like to spread small amounts of money across many NGOs rather than making a smaller number of strategic “big bets.”

With an annual budget of ~R45million required to finance the operations of six high-schools, serving 1,000 learners, and run rigorous teacher and principal training programs, pushing the funding comfort zone of LEAP and its current and potential donor base was essential in ELMA’s consideration of the grant. Therefore, the minimum amount ELMA will match is R500,000. In addition to being South African, the funder has to be either:

In this way the grant aims to:

Results and Key Success Drivers: Once the grant was awarded, the fundraising team went to work on developing a dedicated strategy for attracting eligible donations, including developing a marketing and communications plan, identifying staff and contacts of board members who could be approached to assist in meeting the Challenge Grant and establishing the Fortunate 500 Club for all funders contributing to the Challenge Grant.

LEAP’s strategy was to carefully select those donors who could realistically be an eligible match for funding. This included some bold requests. The first grant was from one of LEAP’s long-term donor, a family foundation who have been supporting LEAP since 2008 at the level of R75,000 per year . Following a presentation to the Board of Trustees, the Trust granted LEAP its first R500,000 and the ball was rolling. However, despite constant engagement, it was several months before the second grant was awarded from a high net-worth individual who had long supported LEAP at a lower level and wanted to see his donation make a considerable difference. Further donations were made in this way: once-off donations of R500,000 came in two instalments over the two year period from two family foundations; an additional historical funder, a family foundation which had supported LEAP for six years from its inception in 2004 to 2009 also provided a once-off R500,000 grant due to the incentive of match funding.

LEAP’s most significant donation of R8million came following a lunch meeting organized by two of LEAP’s Trustees with the Chairman of Investec, an South African Asset management company, where LEAP was made aware of a little known Cape Town based trust which prioritised education programs. An initial donation of R2million was pledged. However, after further engagement with the Trustees, a visit to the school and having them meet the students, LEAP was able to request a further R6million to meet the initial R10million Challenge Grant in its entirety.

Based on additional interest from several additional local corporates, including a retail bank, an oil and gas company and property development company, the matching grant amount and term was extended. From ELMA’s perspective, this challenge grant was a huge success and learnings from it will be incorporated into how we design challenge grants in the future.

LEAP’s advice when working with a Challenge Grant:

“The Challenge Grant model has been an innovative and successful way to leverage funding. We had no idea how much of an incentive it would be to local funders. It has significantly changed the organization’s sustainability, and has demonstrated a new way to encourage significant corporate and philanthropic funding at a national level.”  – John Gilmour, Director of LEAP Maths and Science Schools