Congratulations to the Matric Class of 2014 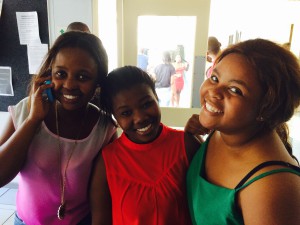 LEAP is delighted to present the results of the matric class of 2014.

With an additional school (LEAP 4 serving Diepsloot) reaching matric level  in 2014, LEAP had a total of 154 students in four schools writing the NSC exams;  this represents an increase of 38% in our grade 12 cohort from 112 students in 2013.

The dip in LEAP’s results experienced in 2013 caused LEAP to develop a number of clear and decisive strategies to improve the quality of teaching and learning in 2014 and hence the academic results. This intervention has once again raised LEAP up to its previous high levels of academic attainment.

We would like to congratulate the matric class of 2014 and wish them well in the next chapter of their lives.

← Give a gift that keeps on giving
EdTech Summit →