Education in South Africa is on the cusp of a revolution. With a number of respected players – starting with LEAP and the SA Extraordinary Schools Coalition to the Michael and Susan Dell Foundation and the DG Murray Trust – pushing for the development of publicly-funded but privately-managed schools. “Contract schools” as a complement to South Africa’s public education system could offer new hope to poor and failing students.

A report released by the Centre for Development and Enterprise (CDE), commissioned by the Michael and Susan Dell Foundation, looks at the suitability of the introduction of contract schools as an additional model of public schooling in South Africa. 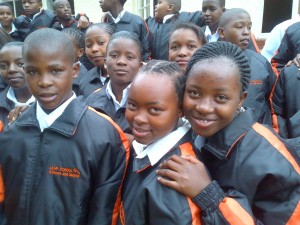 LEAP’s Executive Director, John Gilmour was part of the advisory discussions for the report, having long called for systemic change to address inequalities in education.

The report defines contract schools as “a public school model where there is an agreement between the government (which finances the school) and a private provider (which manages it). These schools often cater to the most disadvantaged and low-income communities and have shown that they can offer better education for the poor.”

There are more than 20 developing and developed countries where contract schooling takes place including the USA (Charter Schools), the UK (Academies), Pakistan, Venezuela and Columbia (Concession Schools).

“Freed from red tape and bureaucracy, contract schools can innovate. In time, they can raise the general standard for schooling through their demonstration effect and through competition for pupils,” said Ann Bernstein, executive director at the Centre for Development and Enterprise, in an article on the report in the Mail & Guardian.

“Government provides funding and clearly defined goals for pupils and private providers come up with innovative ways of delivering schooling to them. A performance contract is signed between the two and if the school underperforms, it is closed down. If pupil outcomes improve, according to the performance contract, then the school continues to get funding.”

The report recommends that the next step is to pilot the model and has begun research on determining the real per student cost that government is spending in public schools. It’s an important milestone on the road to transforming South Africa’s failing education system and offers new hope that schools like LEAP will be able to offer more and more young people a quality education.

“LEAP has been advocating for new ways of funding public education for some time,” says LEAP’s Advocacy and External Relations manager, Kirstin O’Sullivan, “because we realised that this is the only way we will be able to scale up and reach a critical mass of young people.” LEAP schools are, in effect, piloting the contract schooling model and meet the criteria in the following ways:

South Africa offers public funding for registered private schools (subsidies); and private funding for publicly managed schools (corporate social responsibility investments). “What we do not have is non-governmental management of public schools, using public funds and subject to performance contracts,” according to Ann Bernstein and Jeff Mccarthy in an article on the CDE report in Business Day.

“Critics fear that school choice programmes increase inequality. The evidence demonstrates the contrary. Most contract school sectors focus on poorer people and trying to improve the quality of their education.”

“Contract schools could become an important new contributor to building a South Africa where people’s talents and abilities, rather than where they live or how much their parents earn, determines their future.”

← Out of the matchbox – full interview
Meddlers in the middle →