The Future’s in Good Hands! 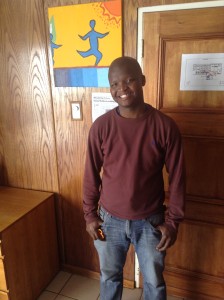 Luntu Manxilana, 30, had planned to become a mechanical engineer. But after a few months of studying at Cape Techikon, he realised he wasn’t on the right career path. So he swapped to teaching. “I saw that I was going to be in the office doing calculations every day. But what I actually wanted was to work with people.” Engineering’s loss has been education’s gain, as Luntu is now a Senior Future Leader at the LEAP School in Alexandra, Gauteng.  As a Future Leader, Luntu is in training to become a teacher. He’s involved in maths and Life Orientation classes and is in his third year of a BEd qualification through UNISA. Once qualified, Luntu will have the opportunity to make a remarkable difference to South Africa’s education crisis. It’s this possibility of having a positive impact that made Victor Selowa, 20, decide to become a Future Leader. He co-teaches Grade 11 Life Sciences and Grade 12 Life Orientation. But he hopes to impart more than insight into the kidney and gaseous exchange. “I really love life sciences, and hope to change the things I couldn’t change when I was a student by helping learners not feel intimidated by the subject.” 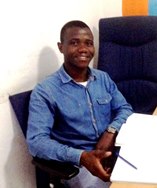 Victor says he tries to be a good teacher by observing learners and working hard to make classes creative and encouraging. He tries to incorporate technology into his lessons, even playing videos that he finds online. His methods seem to be working. Zandi Nkonzo, 17, is in Grade 11 and enjoys Victor’s lessons. “He lets us figure things out ourselves.  He encourages us to scramble until things makes sense. This makes classes fun and is a good way to remember what I’ve learned. I even remember the things I get wrong.” Victor says he doesn’t like to dictate or speak down to his pupils as an authority figure. By creating space for mistakes and creativity, he hopes every learner in his class feels affirmed. And that they take this affirmation to their lives outside the classroom. “When I was in school, I felt some teachers didn’t understand me. Having experienced that, I want to show pupils that I do care. And I do understand them.” LEAP Science & Maths Schools have designed the Future Leaders programme to start making a positive impact on the education sector. It aims to equip and train as many teachers as possible so they can bring their passion and enthusiasm into South African classrooms.

With Future Leaders like Luntu and Victor, the future of education seems to be in good hands.