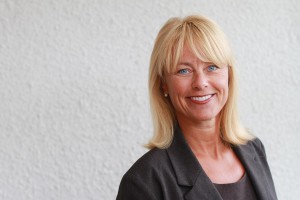 LEAP is proud and delighted to announce the establishment of an exciting new partnership with the Kavli Trust (Kavli) based in Bergen, Norway.

This takes the form of an initial commitment from Kavli to provide LEAP with NOK (Norwegian Kroner) 2 million in 2016, and a further NOK 2 million in 2017 — at current rates of exchange this converts into R 3,6 million per year for LEAP over the next two years. All at LEAP are massively grateful for this support — it’s a truly great start to what both LEAP and Kavli hope can extend into a longer-term partnership after 2017, provided that all expectations are met by the end of next year.

As Kavli is unknown to most South African members of the LEAP “family”, a brief introduction:

The Kavli Group of companies, which has grown into one of the largest organisations in the food industry in Norway, was founded by Olav Kavli 120 years ago. In 1962 his son Knut transferred the ownership of the Group to the Kavli Trust, which meant that all profits generated from Kavli’s commercial activities would be transferred to the Trust and used to support charitable projects. Since then the Kavli Trust has been a very active charitable donor internationally, and all Kavli staff know that Kavli works for the benefit of society through the group’s vision: value creation for good causes. As Inger Elise Iversen, General Manager (pictured) of the Kavli Trust, says: Charitable contributions are not part of our business — they are our entire purpose!

The Kavli Trust’s grant-making strategy is focused on three areas:

Grants from Kavli amounted to NOK 58 million in 2015, approximately US$ 6,6 million, that was distributed across 54 grants in 20 different countries.

Kavli and LEAP were connected when Jonathan Berk, a Professor at Stanford University (and a long-time supporter of LEAP) mentioned LEAP to his friend Aksel Mjos, the Chairman of the Kavli Board. Sometime later Inger Elise Iversen made contact with Anthony Galloway, Founding Chairman and current Fundraiser for LEAP, and after a series of e-mail communications the two were able to meet in person in Johannesburg when Inger Elise was returning to Norway after a “site visit” to a project in Zimbabwe

What followed was a detailed sharing of information so that Inger Elise could present LEAP to the Kavli Board as a worthy project for consideration, and all at LEAP were thrilled when we learned that the Board had approved of LEAP’s proposal.

The LEAP Schools represent the very first non-profit cause that Kavli is supporting in South Africa, and we feel not only very grateful and privileged to enjoy Kavli’s support, but also determined to meet and exceed all of Kavli’s expectations and develop our relationship into a sustainable, long term partnership into the future.